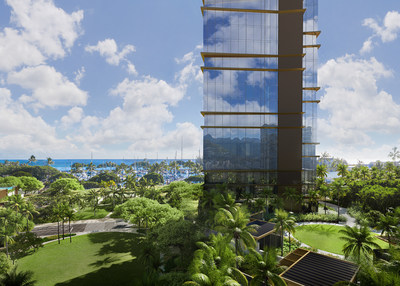 "Today's groundbreaking represents a great milestone for the heart of our neighborhood," said Doug Johnstone, President, Hawaiʻi, The Howard Hughes Corporation. "The Park Ward Village pulls together the best of thoughtfully integrated and expanded parks, shops, restaurants and new homes."

The Park Ward Village continues to demonstrate strong sales demand, with 90.6% pre-sold as of mid-2022, offering studio, one-, two- and three-bedroom units, complemented by island and ocean views.

Designed by award-winning architecture firm Solomon Cordwell Buenz, interior designer Yabu Pushelberg and landscape architect Vita Design Group, The Park Ward Village is inspired by the mid-century architecture of Hawai'i's past while embodying a modern island lifestyle that reflects the warmth and openness of the island's natural surroundings.

The Park Ward Village will provide residents with expansive open green spaces that seamlessly blend indoor-outdoor living areas and an amenity deck that features abundant offerings including barbecue cabanas, pickleball and tennis courts, a resort pool, a lap pool, walking paths and lawns, a spa, and more. With more than 30,000 square feet of retail at its base, The Park Ward Village will bring new restaurants and shops to the neighborhood and grow the vibrant shopping and dining experiences at Ward Village.

The Park Ward Village will also deliver streetscape improvements including expanded sidewalks, pedestrian pathways and bicycle connections surrounding the perimeter to create a seamless, multimodal connection throughout the pedestrian and bike-friendly neighborhood. Victoria Ward Park will also expand by nearly 50% concurrently with the development of the tower, including new play structures, outdoor seating, event lawn and park-side dining.

In celebration of the milestone, Ward Village contributed $15,000 to Downtown Art Center to support its Artists of Hawaiʻi exhibit and the organization's mission to build a thriving and vibrant downtown through the power of creativity and the arts. Ward Village also gifted $15,000 to the Friends of Honolulu Botanical Garden, empowering its efforts to serve the city's botanical gardens system, conserving plants, advancing research and educating and providing a retreat for the community.

"Ward Village's generous contribution ensures we can share the history and significance of Honolulu's botanical gardens," said Caroline Bond Davis, Executive Director, Friends of Honolulu Botanical Gardens. "We are grateful for their commitment to preserving green and open spaces for our community's benefit."

About Ward Village®
Ward Village is a 60-acre master-planned community by The Howard Hughes Corporation® in the heart of Honolulu, located between downtown and Waikīkī. Honoring the distinct history of its land, Ward Village is at the forefront of sustainable community development—integrating striking architecture, culture and arts, and public open space. At full build-out, the community will include approximately one million square feet of unique retail and thousands of homes, in what Architectural Digest named "Best Planned Community in the United States."

As a result of strong demand for new housing in urban Honolulu, Ward Village is quickly approaching sellout of its first six mixed-use residential towers—Waiea®, Anaha®, Ae'o®, Ke Kilohana®, ʻAʻaliʻi® and Kō'ula® transforming the popular shopping and dining district into a thriving urban neighborhood that offers ocean views and open space, including its newest outdoor gathering place, Victoria Ward Park. New residential buildings in development or under construction include Victoria Place® and Kalae. Since launching public sales in July 2021, The Park Ward Village has become the fastest-selling market tower in the history of Ward Village. Approved by the Hawaiʻi Community Development Authority (HCDA) in 2021, The Park Ward Village and Ulana Ward Village will be the newest mixed-use developments to join the neighborhood.

About The Howard Hughes Corporation®
The Howard Hughes Corporation owns, manages and develops commercial, residential and mixed-use real estate throughout the U.S. Its award-winning assets include the country's preeminent portfolio of master planned cities and communities, as well as operating properties and development opportunities including: the Seaport in New York City; Downtown Columbia®, Maryland; The Woodlands®, The Woodlands Hills®, and Bridgeland® in the Greater Houston, Texas area; Summerlin®, Las Vegas; Ward Village® in Honolulu, Hawai'i; and Douglas Ranch in Phoenix. The Howard Hughes Corporation's portfolio is strategically positioned to meet and accelerate development based on market demand, resulting in one of the strongest real estate platforms in the country. Dedicated to innovative place making, the company is recognized for its ongoing commitment to design excellence and to the cultural life of its communities. The Howard Hughes Corporation is traded on the New York Stock Exchange as HHC.

Safe Harbor Statement
Statements made in this press release that are not historical facts, including statements accompanied by words such as "will," "believe," "expect," "enables," "realize," "plan," "intend," "assume," "transform" and other words of similar expression, are forward-looking statements within the meaning of the Private Securities Litigation Reform Act of 1995. These statements are based on management's expectations, estimates, assumptions, and projections as of the date of this release and are not guarantees of future performance. Actual results may differ materially from those expressed or implied in these statements. Factors that could cause actual results to differ materially are set forth as risk factors in The Howard Hughes Corporation's filings with the Securities and Exchange Commission, including its Quarterly and Annual Reports. The Howard Hughes Corporation cautions you not to place undue reliance on the forward-looking statements contained in this release. The Howard Hughes Corporation does not undertake any obligation to publicly update or revise any forward-looking statements to reflect future events, information or circumstances that arise after the date of this release. 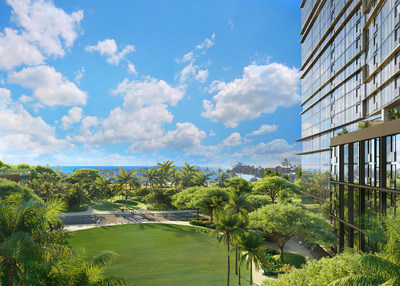 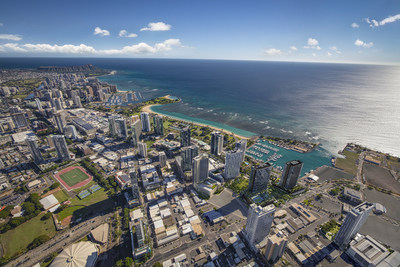